What's that you say? A chapter of The Modern Quilt Guild in Maritime Canada? 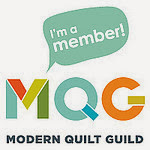 That's right people - I am doing it! The Maritime Modern Quilt Guild is about to make it's debut. I cannot even tell you how excited I am about this. I have been thinking about stating a chapter of the Modern Quilt Guild in Eastern Canada for a few years now. There are a lot of Modern Quilt Guilds across the country, but up until now, the farthest one East is in Montreal. Too darn far away for us Atlantic ocean people.

The Maritime Modern Quilt Guild will  encompass the Maritime Provinces; Nova Scotia, New Brunswick, and Prince Edward Island and will be based physically out of Halifax, Nova Scotia. Because we will cover such a large geographic area we will likely have face-to-face  and on-line meeting options. Details to be worked out!

First steps is to gather interest and have some start up meetings. Check out the Maritime Modern Quilt Guild Page for details.

So if you are a modern quilter in the Maritimes and want to get your modern quilt on (or know someone who might like to), contact me here with a comment or via the guild e-mail


So EXCITED!
Adrienne
Posted by Adrienne at 20:01

Adrienne
Hello! I’m Adrienne. I have an addiction, it's name is fabric. My plan to fight it? Stitching it into modern quilting designs that will be timeless. I hope you will join me on my quilting journey. 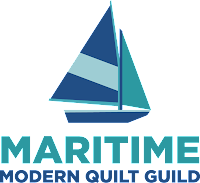